Enraged by rumors of Arthur's survival in the slums of Atlantis, the ruthless King Rath orders the use of ancient Atlantean techno-magic to track down the Aquaman at all costs! But the ex-king Arthur can't hide for long when his fate collides with that of a mysterious young woman on the run from Rath's own secret police. Her name: Dolphin. 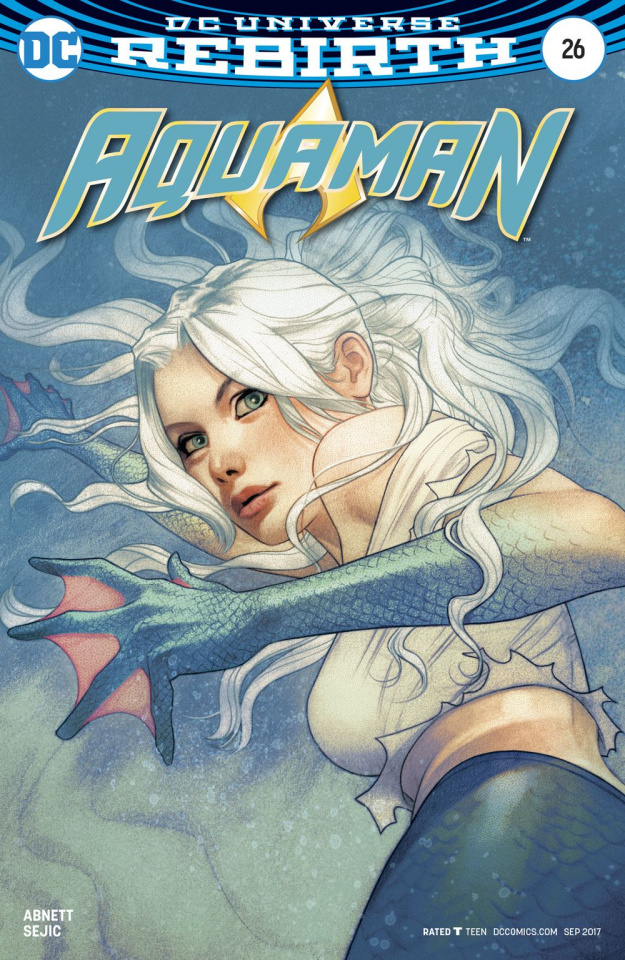