Many years from now, Los Angeles has become a post-apocalyptic wasteland and the once unstoppable killing machine known as BLOODSHOT has become THE ANALOG MAN. Bloodshot's taken on a new role as the protector of a small town, eking out a subsistence existence with the great love of his life - Magic - and protecting a group of stragglers who've weathered the storm. But when a gang of marauders arrives, the settlement's survival is threatened, and Bloodshot is forced to bring justice to the distorted and disjointed badlands of the Valiant Universe! New York Times best-selling writer Jeff Lemire (Extraordinary X-Men) and artist extraordinaire Lewis LaRosa (The Punisher) bring down the hammer on a metal tearing vision of the future that must be seen to be believed! Collecting BLOODSHOT REBORN #10-13. 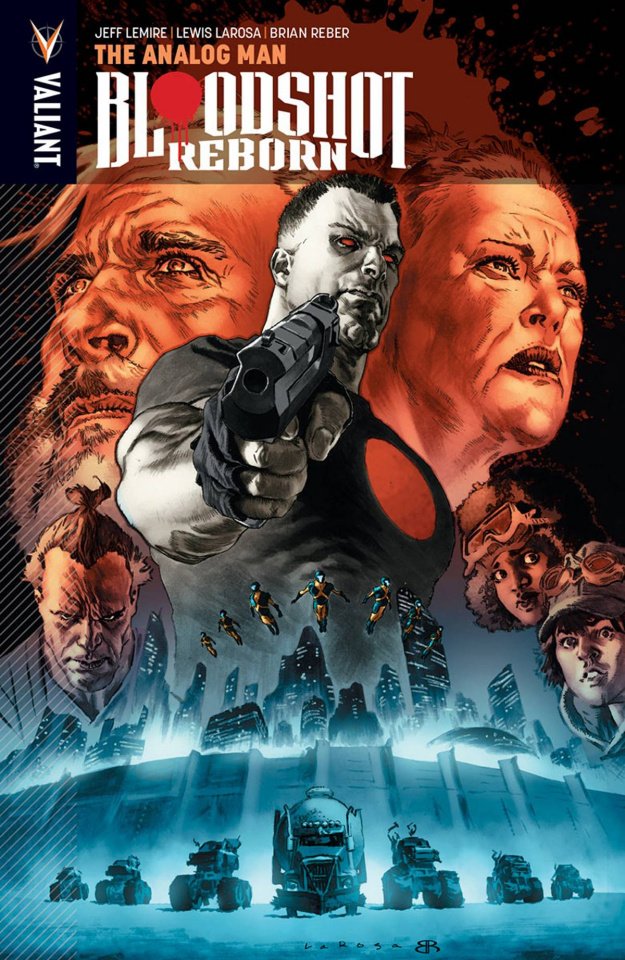