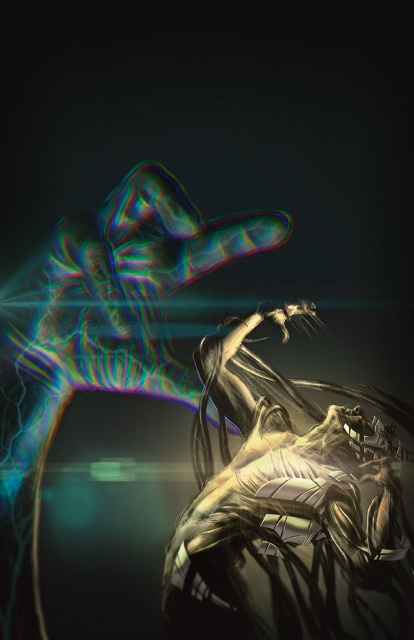 The countdown to X-O MANOWAR #50 continues as "LONG LIVE THE KING" escalates! They're here! The Torment - a world-devouring race older than history itself - has arrived on Earth. And now, all that stands between our existence and complete annihilation is Aric of Dacia, heir to the Visigoth throne and wielder of the X-O Manowar armor! But as the Torment unleash a wrath unlike anything the galaxy has seen, even Earth's most powerful protector will find himself hopelessly outmatched. With humanity standing on the brink of extinction, X-O Manowar must turn to his greatest adversary for help - the savage Commander Trill! New York Times best-selling writer Robert Venditti (WRATH OF THE ETERNAL WARRIOR) and acclaimed artists Joe Bennet (52) and Roberto De La Torre (Daredevil) make history across the cosmos as Valiant's flagship series marches toward a planet-shaking finale! Plus: The X-O MANOWAR #50 COUNTDOWN GIVEAWAY continues right here! Each issue of "LONG LIVE THE KING" comes bagged with one of 50 micro-prints - featuring artwork from a who's who of comic superstars - or even one-of-a-kind original art!