The countdown to X-O MANOWAR #50 continues as "LONG LIVE THE KING" escalates!

They're here! The Torment - a world-devouring race older than history itself - has arrived on Earth. And now, all that stands between our existence and complete annihilation is Aric of Dacia, heir to the Visigoth throne and wielder of the X-O Manowar armor! But as the Torment unleash a wrath unlike anything the galaxy has seen, even Earth's most powerful protector will find himself hopelessly outmatched. With humanity standing on the brink of extinction, X-O Manowar must turn to his greatest adversary for help - the savage Commander Trill! 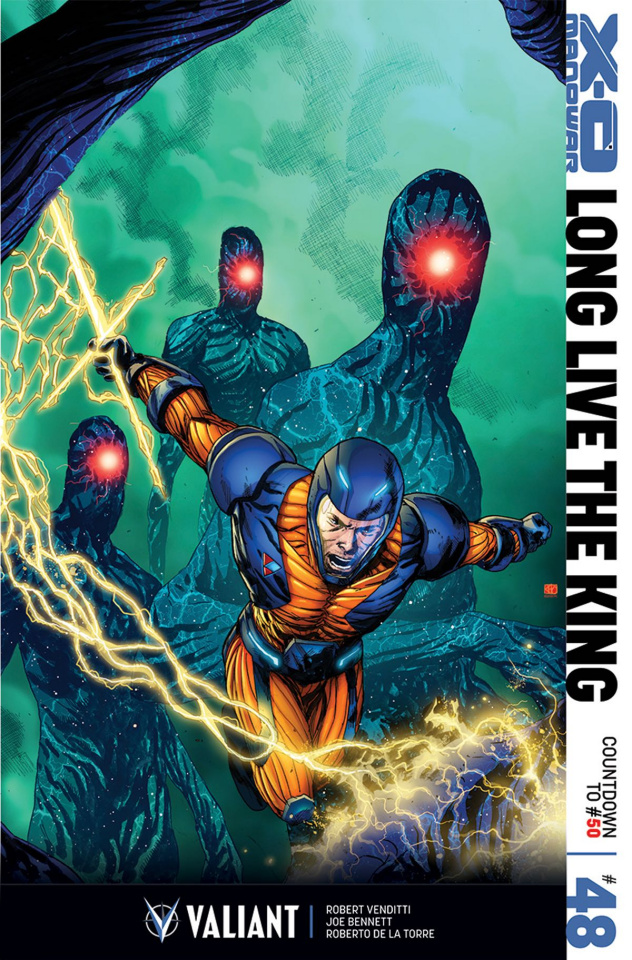