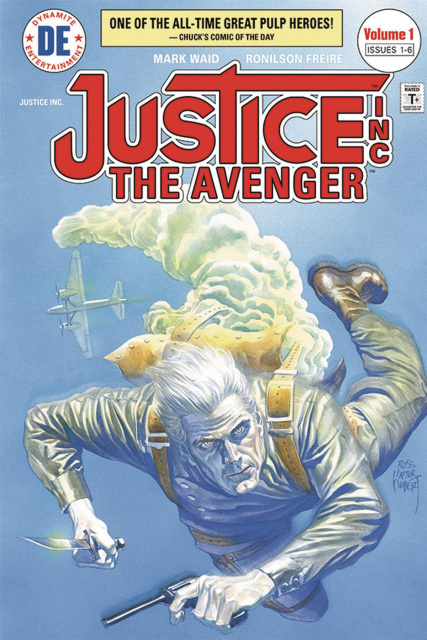 In the raging flame of tragedy, millionaire adventurer Richard Henry Benson was forged into something more than human... the ultimate master of disguise and deadly scourge of the underworld known as The Avenger! As world war rages in 1940, The Avenger dedicates his fortune to building a crack team of scientists and thrill-seekers, sworn to protect the homeland from gangsters and terrorists... but in this dangerous world, even the headquarters of Justice, Inc. can be infiltrated! Unknown assailants, nearly transparent and inhumanly strong, strike a fearsome blow at The Avenger's organization, subjecting a dear friend to a fate worse than death. What is the terrible secret of these invisible foes, and how does their far-reaching conspiracy threaten to drag America into war? New York Times bestselling author Mark Waid (Kingdom Come, Daredevil, Star Wars: Princess Leia) joins Christopher Sequeira (Astonishing Tales) and Ronilson Freire (The Green Hornet) for the globe-trotting Man of a Thousand Faces' epic battle against The Invisible Death, plus a bonus tale debuting the mysterious saboteur, The Sleeperman!