One year after the catastrophic events that ended the first series, Red Team survivors Eddie Mellinger and Trudy Giroux are in the doldrums. Considered a political liability, the two are kept busy on small-time cases by their suspicious NYPD commanders... but a chance encounter in the ghetto gives them a chance to get back in the game. Trouble is, it means going far beyond the law... which is what almost got them killed last time around.

"Red Team: Double Tap, Centre Mass features the return of two of my favorite characters, Detectives Eddie Mellinger and Trudy Giroux of the NYPD. The first Red Team saw them survive by the skin of their teeth; now they're dropped right back in at the deep end, with their growing feelings for each other only complicating matters. Writing this series is a real treat for me, and getting to work with Craig Cermak again makes it even better." - Garth Ennis 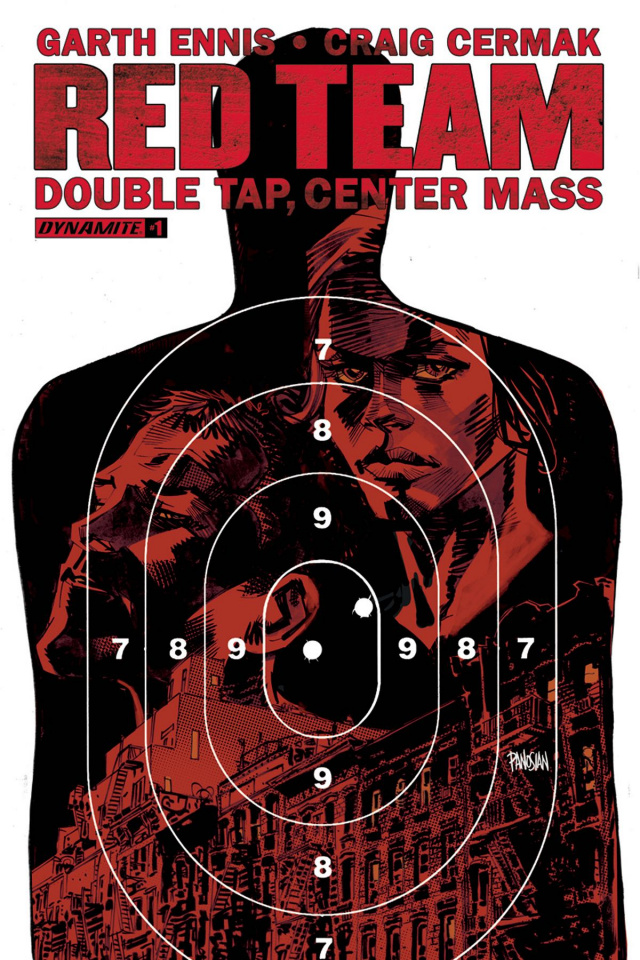