The most groundbreaking event in Aspen Comics' history starts NOW!!! For over thirteen years, devoted Aspen Comics fans have clamored for something special...something unique... something... UNIMAGINABLE! Aspen Comics has answered the call for loyal fans and new readers alike! This summer, legendary creator Michael Turner's two greatest creations, FATHOM and SOULFIRE, unite as one in a crossover event so massive in scope, it can only serve to forge a BRAND NEW ASPEN UNIVERSE in the process! With the existence of humanity along with The Blue facing a catastrophic turning point for their own survival, one woman of both worlds, Aspen Matthews, must embark on a quest spanning not only time but also magic unlike any she's ever encountered--including a cast of characters familiar to all Aspen--and Soulfire--fans! 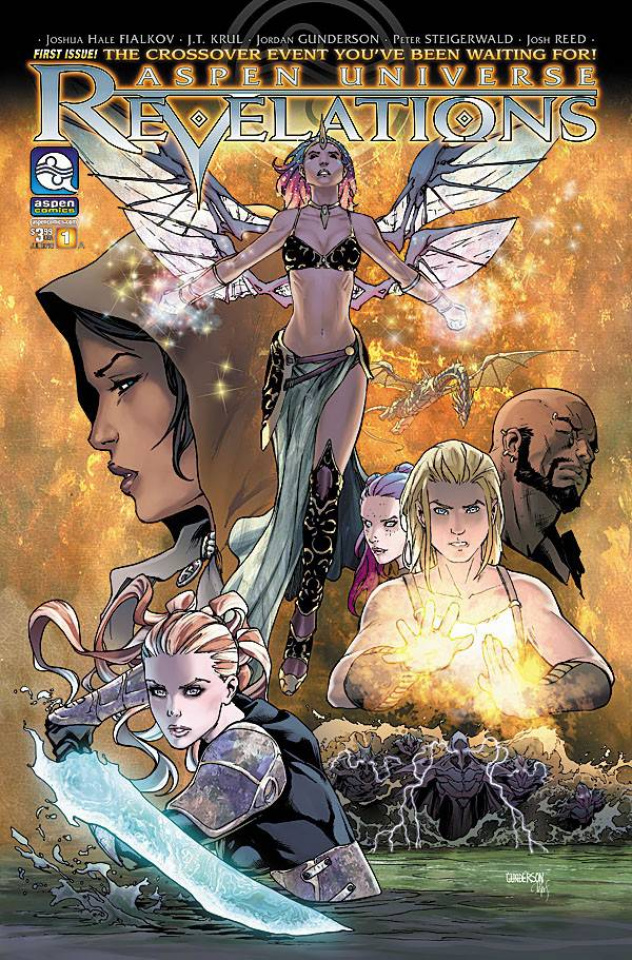