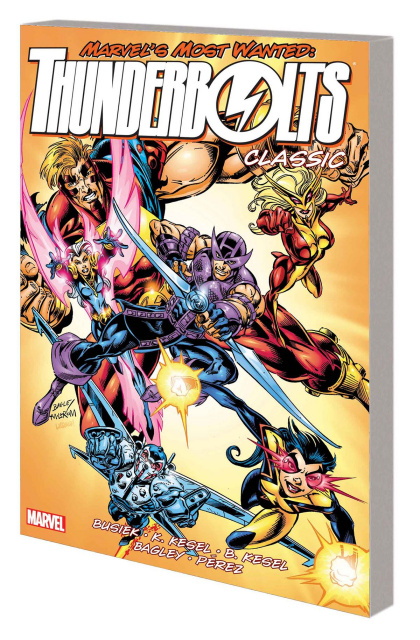 The Thunderbolts return to Earth after an interdimensional journey to Kosmos, but there's no rest for the weary as they find themselves pursued by S.H.I.E.L.D. - as well as a recovering Baron Zemo who's out for their blood! Has this team of villains posing as heroes truly reformed? And even so, will anyone believe them? One person might - a surprising figure from the ranks of the mighty Avengers, who briefly went down a villainous road himself many years before: The Avenging Archer, Hawkeye! He could offer the T-Bolts redemption, but at what price? Plus: Atlas must face the mighty Hercules, who seeks revenge for injuries suffered in years past! Guest-starring the Masters of Evil, Captain America and the Avengers - and introducing the new Citizen V! Collecting THUNDERBOLTS (1997) #15-22 and #0, CAPTAIN AMERICA & CITIZEN V ANNUAL 1998 and AVENGERS (1998) #12.