Still fighting crime before his time! Miguel O'Hara continues his crusade against the mysterious organization called FIST, but an unwelcome distraction arrives when trouble flares in New York. A clash with Lash will put Spidey 2099 square in the middle of the Inhuman conflict! And when he learns the truth about Tempest, any chance of a happy reunion could be ruined by another very big bad: Man-Mountain Marko! Then, FIST makes its next move, and Miguel will need a helping hand. But when Tempest's life is placed in jeopardy once again, our hero from the future will be pushed to the edge. Will a secret from her past send him tumbling over? Or will Spidey be responsible for his own downfall? His own actions may be about to bite him! Collecting SPIDER-MAN 2099 (2015) #6-10. 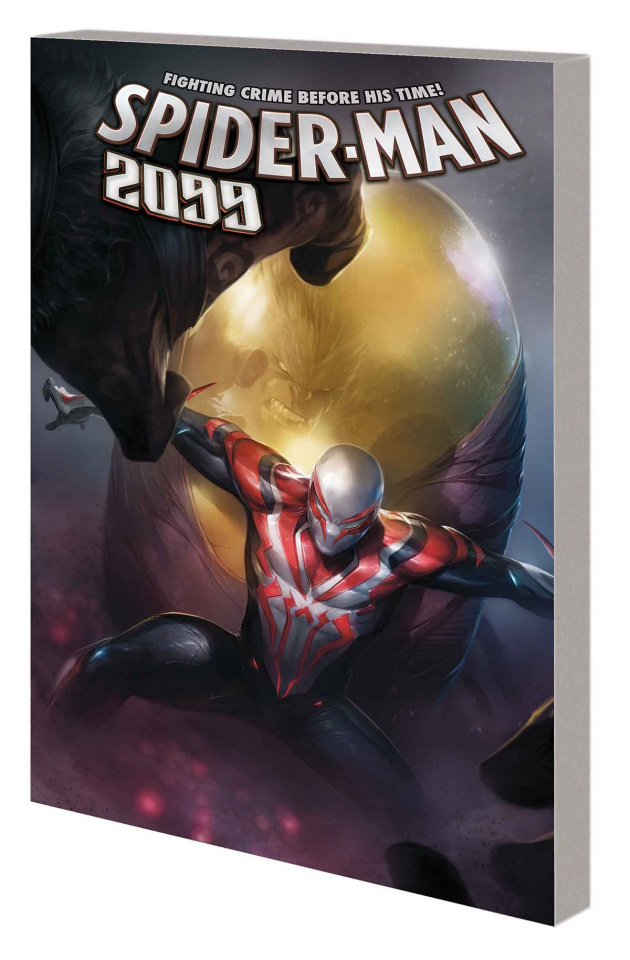