Once he ruled CYBERTRON with a brutal (and literal) iron fist... left for dead four million years ago, SENTINEL PRIME is back. But in a world where STARSCREAM rules CYBERTON, OPTIMUS PRIME has invaded Earth, and MEGATRON is an AUTOBOT-SENTINEL doesn't like what he sees!

The story continues in TRANSFORMERS #56 and MORE THAN MEETS THE EYE #56 next month, and expands to TILL ALL ARE ONE this fall!

For the first time ever-Scott, Roberts, and Barber working together on one story!

Plus the powerful noir art of superstar Livio Ramondelli!

After OPTIMUS is hailed; after the LIGHT dies... the next phase of TRANSFORMERS comics starts here! 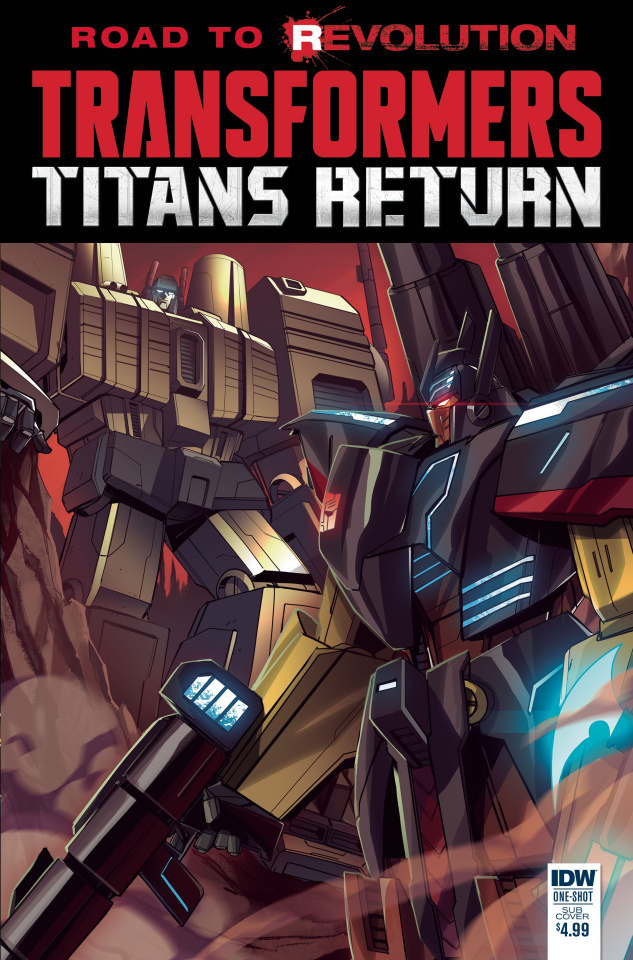