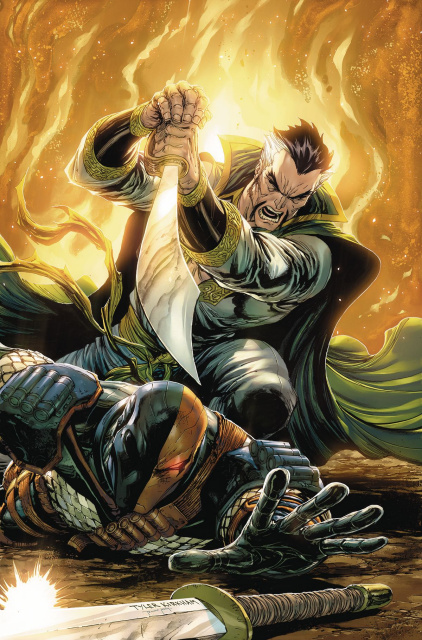 It's all-out war! Slade Wilson attacks the island stronghold controlled by the mercenary army called "the Dead Bastards," while his one-time comrade Victor Ruiz leads a lethal strike group from the League of Assassins. But in order to protect his children, Rose and Jericho, Slade may be forced to battle Ra's al Ghul...to the last killer standing. Will this be the end of Deathstroke?