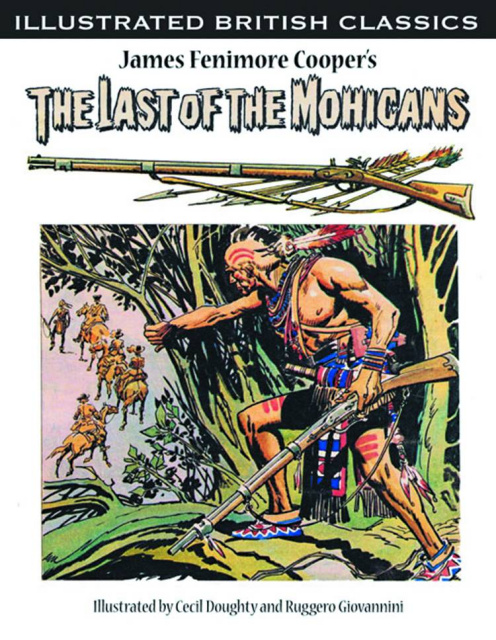 The Last of the Mohicans

Synopsis James Fenimore Cooper's poignant tale superbly presented as a comic strip by the talented artists Cecil Doughty and Ruggero Giovannini. Set in 1757, when France and Great Britain battled for control of North America, it is the story of the two daughters of Colonel Munro, commander of a beleaguered fort. The girls, Cora and Alice, are rescued from an ambush by Hawkeye, a hunter, and his two Mohican companions, Chingachgook and his son, Uncas. The first adaptation in this book was drawn and painted by renowned Italian artist Ruggero Giovannini and appeared in Tell Me Why in 1968. The second version, from Look and Learn, was drawn in fine and authentic detail by Cecil Doughty and was originally published in 1980. Though taken from the same source material, both versions differ in more ways than just the look of their artwork.