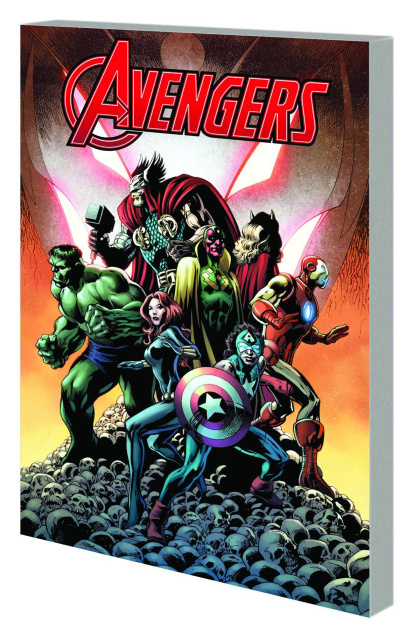 In the 25th century, machines rule the Earth. Humans are slaves. And Ultron is the All-Father, his will enforced by his own team of Avengers. Mankind's only hope is a group of heroes drawn from different times! From the past comes a volatile Hulk, not long after the Gamma Bomb explosion; Jim Rhodes, during his stint as Iron Man; and Thor, cursed by Hela and armored to protect his brittle bones. From our present and near future, the Vision, Black Widow and the new female Thor. And from years in the future, an even newer Captain America with her own heroic legacy. But who leads this timetorn team? Doctor Doom! Caught between Ultron and Doom, can the Avengers find a way to save forever? Collecting AVENGERS: ULTRON FOREVER #1, NEW AVENGERS: ULTRON FOREVER#1 and UNCANNY AVENGERS: ULTRON FOREVER #1, plus the classic INCREDIBLE HULK (1962) #6, IRON MAN (1968) #188 and THOR (1966) #378.