A modern science fiction classic, Ringworld won the Hugo and Nebula Awards for best novel in 1970. Now this SF classic is adapted into a thrilling manga adventure. Two-hundred-year-old human Louis Wu is recruited by a two-headed alien named Nessus to join him, a felinoid warrior alien named Speaker-to-Animals, and the infinitely lucky human Teela Brown to explore an alien artifact. They find a Ringworld, a ribbon millions of miles long built around a distant sun. The civilization has fallen into savagery, though, and after crashing into the Ringworld, Louis must come up with a clever plan to get back to known space, hundreds of light years away. 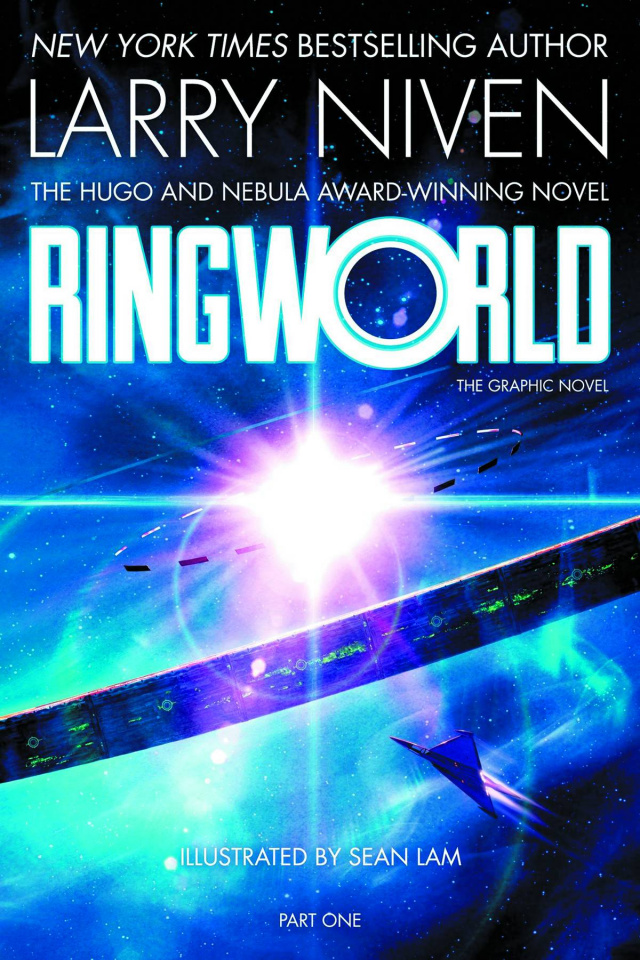