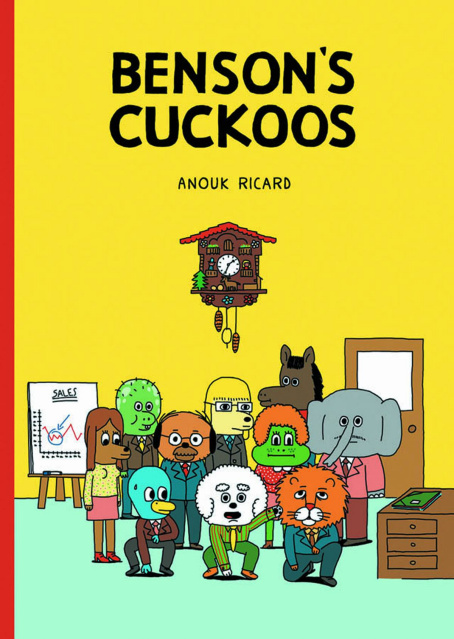 From the author of Anna & Froga comes a wry, offbeat whodunnit that centers on office life. Richard thinks he's in luck when he snags a job at the cuckoo clock factory, but things start to go wrong right off the bat. First of all, there's his boss, who doesn't seem to have the strongest grip on reality and has an odd penchant for silly hats. Then there are his coworkers, who are alternately evasive and idiotic when asked about anything pertaining to actually getting work done. Finally, there's Guy, the employee Richard's replacing, who supposedly quit, but whose family has just appeared on national TV pleading for his safe return. It's all adding up to a very strange workplace, and when the company goes on a retreat, everything spools quickly out of control.