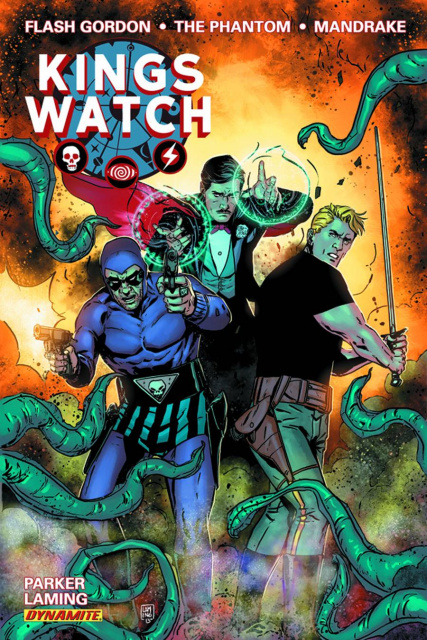 Flash Gordon, The Phantom, and Mandrake the Magician are together again... for the first time! When strange phenomena fill the skies and all humanity shares the same nightmarish vision, three iconic heroes rush headlong into danger to save us all! While playboy adventurer Flash Gordon uncover an alien menace, the ghostly jungle champion known as The Phantom faces murderous creatures in the African wild. But it's only Mandrake, a stage performer in touch with the mystic realms, who knows how these horrors are related... and how they threaten to shatter the Earth. Brought together through the efforts of reporter Dale Arden, the eccentric Professor Zarkov, and man-of-action Lothar, the heroes must overcome the Cult of the Cobra and their otherworldly allies! Collects issues 1-5 along with Jeff Parker's original script to issue #1, character sketches, a complete cover gallery and more