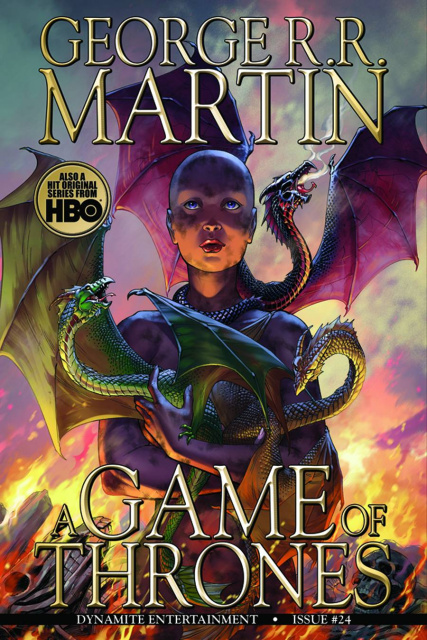 FINAL ISSUE!!! Driven by the need to avenge his father's murder and clear the name he himself is not permitted to bear, Jon Snow breaks his solemn vow and deserts from the Night's Watch-an action for which there is but a single penalty: death. Meanwhile, Eddard's heir, Robb Stark, seeks to rally his bannermen, not all of whom are eager to follow the young, unproven leader, no matter whose son he may be. And Daenerys, grief-stricken at the death of her husband, Drogo, builds a great funeral pyre to consume the hollow remnants of her life... only to find herself present at the fiery birth of a new age.