KIERON GILLEN and DANIEL GETE begin a frightening new three part story taking readers deep into the carnage of the extended World War. After the horrible strike on England, Sieglinde is on the run. Exhausted, run-down, and nearly out of energy, this may be the opportunity the Allies have dreamed of - elimination of a Battleship Uber. Join the ranks of fans who are hailing Uber as the best new comic series of 2013. Available with Regular, War Crimes, and Wraparound covers by Daniel Gete, Propaganda Poster cover by Michael Dipascale, and a special Blitzkrieg Incentive cover also by Gete. 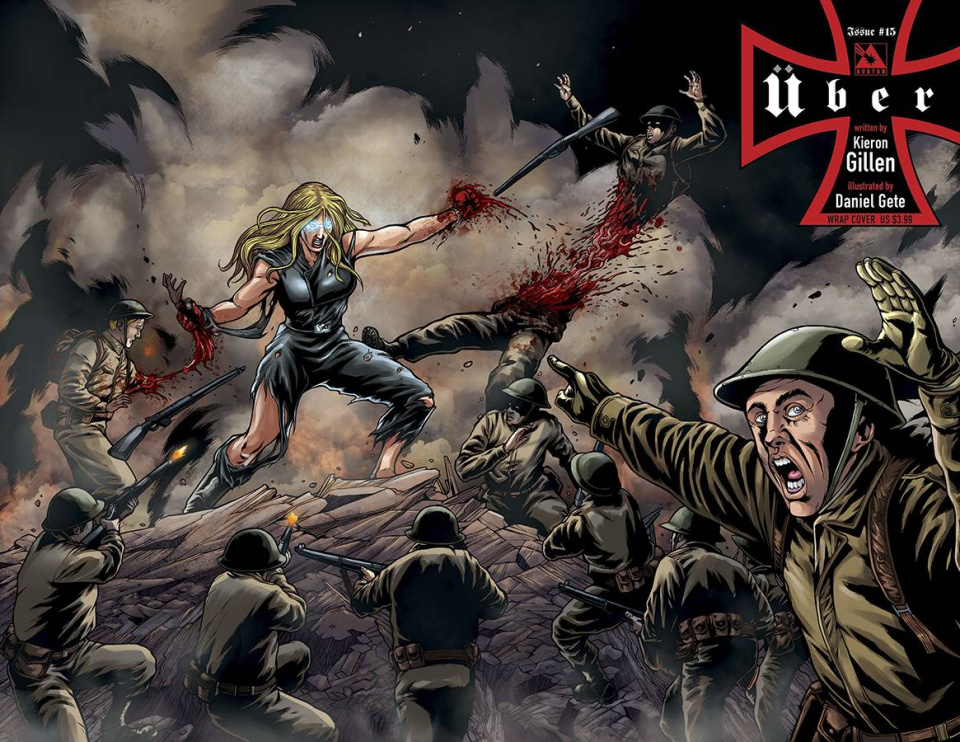