It All Begins Here! Moving at the speed of sound, keeping the world free from robotic tyranny, it's Sonic the Hedgehog! Spin-dashing directly out of the mega-smash Sonic/Mega Man: Worlds Collide story arc, "Countdown to Chaos" speeds into brand new comic book stories with new friends, new foes and new adventures! The entire planet has been rocked by Dr. Eggman's Super Genesis Wave! Sonic wakes up to a world and a life he doesn't recognize! It's up to him to gather up his friends - the Freedom Fighters - and figure out what's been changed. Meanwhile, below his very feet, a new threat is threatening to burst out! 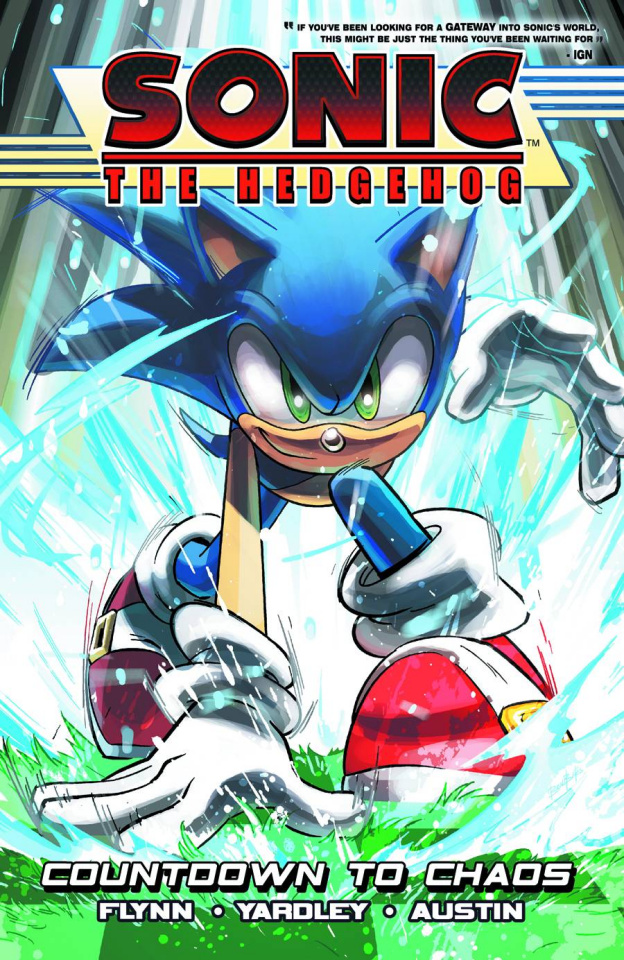