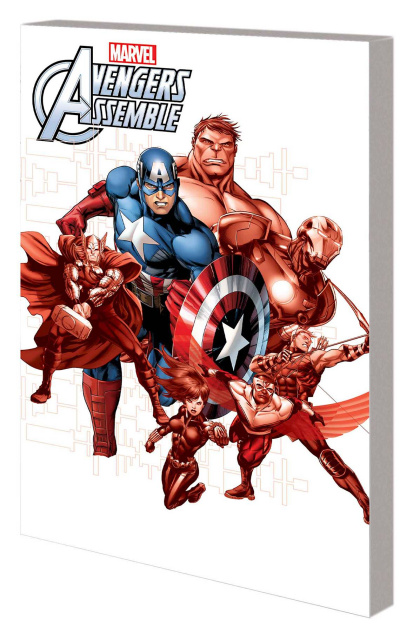 The Avengers face their deadliest foe yet (or is that their dead-est foe yet?) when Dracula, King of the Vampires, arrives to drain the heroes of their powers!

Earth's Mightiest Heroes face the Super-Adaptoid, a powerful robot that can mimic any of their abilities!

When the ultra-powerful Hyperion arrives to save the Earth, the Avengers soon realize that his methods are far too extreme! Now, the Avengers must stand up to Hyperion's might to save humanity from total domination! It's action aplenty from your favorite heroes, based on the hit animated series now airing on Disney XD! Collecting MARVEL UNIVERSE AVENGERS ASSEMBLE #5-8.