The Falcon is on the hunt - and what he finds will rock the Mighty Avengers to their core! Years ago, Gideon Mace murdered Ava Ayala's family. But now that Ava is the White Tiger, she channels the power of an ancient god of terror and bloodlust - and she just gave it full control. Pray for Gideon Mace - and Ava's soul! Meanwhile, Spectrum and She-Hulk join Blue Marvel on a global adventure against a nightmare from the depths of the Neutral Zone - and a threat that could break Adam's heart! And Ronin unmasks, realizing he can't hide from the Deathwalkers any longer - but have we revealed his secret identity just in time to kill him off? As the team deals with the fallout of ORIGINAL SIN, the newest Mighty Avenger joins - and it could be YOU! Collecting MIGHTY AVENGERS (2013) #6-10. 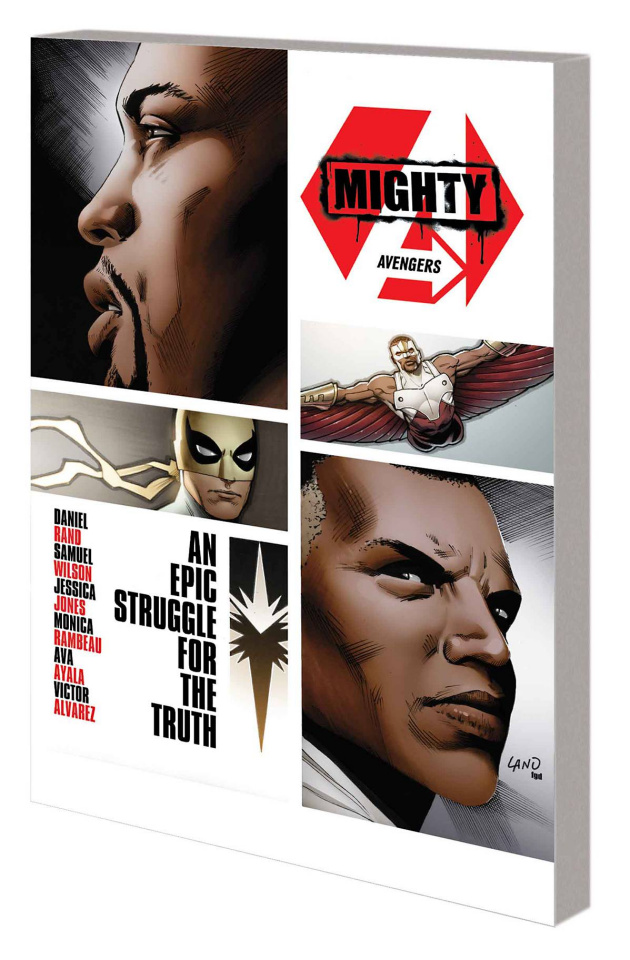