Almost every sovereign state in the Marvel Universe uses superhumans to covertly protect national interests. The United States has the Secret Avengers. The United Kingdom has MI13. And mutantkind has X-Force! Cable. Psylocke. Fantomex. Marrow. Mutantkind's protectors, spies, assassins and torturers - but what drove them to join this new, deadly incarnation of X-Force? How has Marrow regained her powers - and how is it connected to X-Force's first target, ruthless arms dealer Volga? X-Force races Volga through the Brazilian jungle and battles France's superhuman black-ops team. But when they finally face Volga directly, one member of the team may meet an untimely end! In this dirty, deadly, no-holds-barred game of superhuman black ops, X-Force will spy, torture and kill to ensure that mutantkind not only has a place in the world - but also a stake in it! Collecting X-FORCE (2014) #1-6. 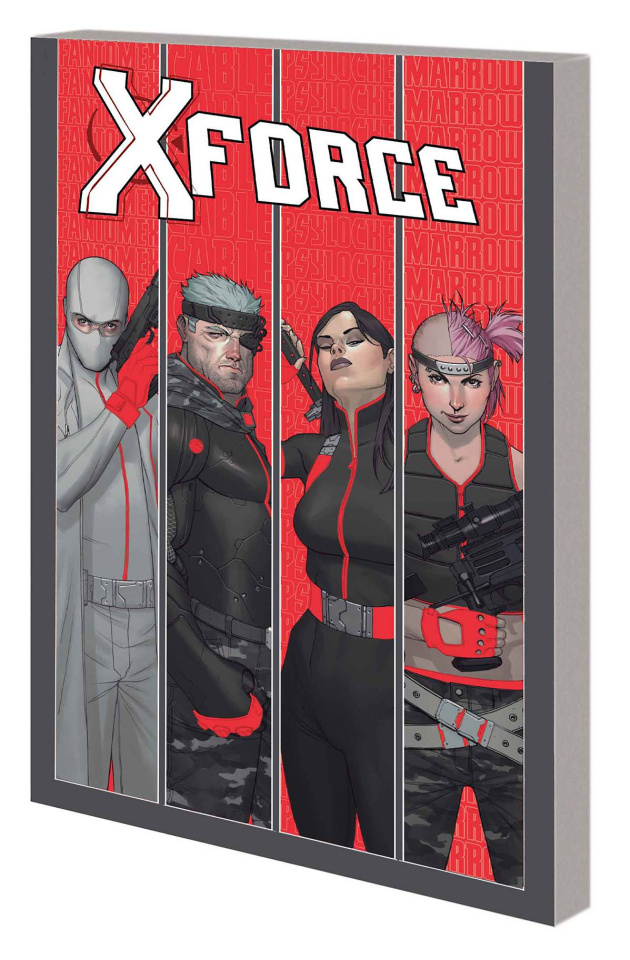