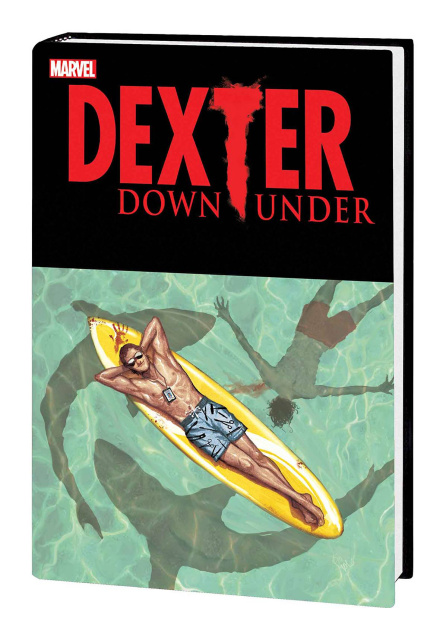 Dexter returns in an all-new, all-Australian, blood-soaked adventure written by his creator, Jeff Lindsay! Dexter Morgan isn't just Miami's No. 1 forensic blood-splatter expert - he's also a serial killer who targets other serial killers! But when Dexter travels Down Under on the trail of a new murderer, he quickly discovers that sharks aren't Australia's only deadly predator! Who is setting up illegal hunting safaris in the Outback, and are they targeting more than big game? Dexter investigates as only he can, but soon discovers that he isn't the hunter - he's the prey! Now Dexter is trapped in a private preserve where humans are in the crosshairs! Will this one end with a bang? Under the hot Australian sun, Dexter's Dark Passenger is given free reign, blood will flow, and the guilty will not go unpunished! Collecting DEXTER DOWN UNDER #1-5.