Collecting the cosmos-spanning mini-series, Utrom Empire takes us to the site of the Technodrome, where Krang's plans to destroy the Earth are ramping up. Little does he know that Baxter Stockman plans to harness its power for himself! As the two villains scheme, one imprisoned robot holds the key to success-Fugitoid! Will he be able to reach out to the Turtles in time? All this plus the long-awaited story of Krang's mission to preserve the alien Utrom race! 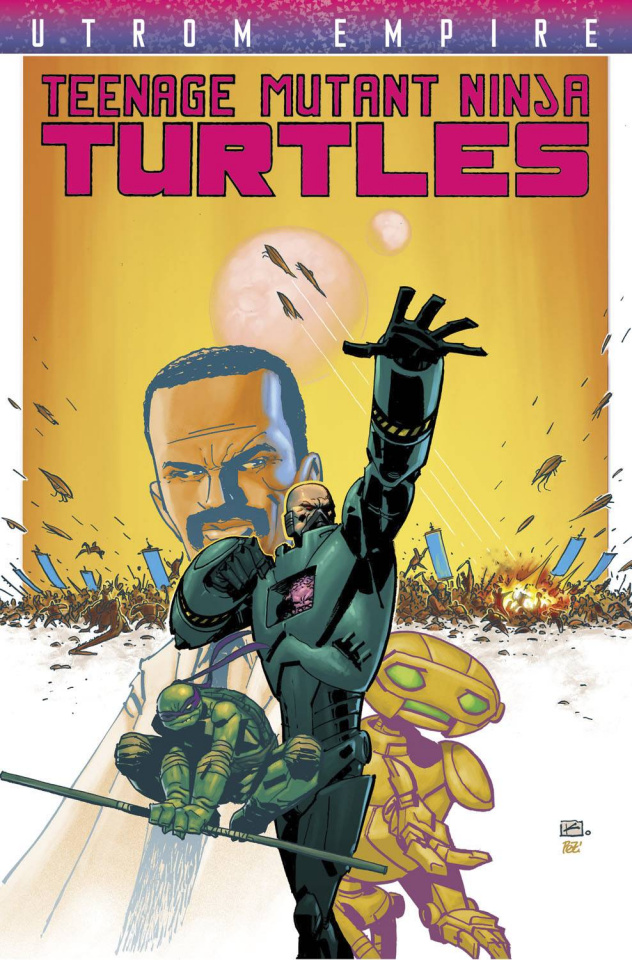