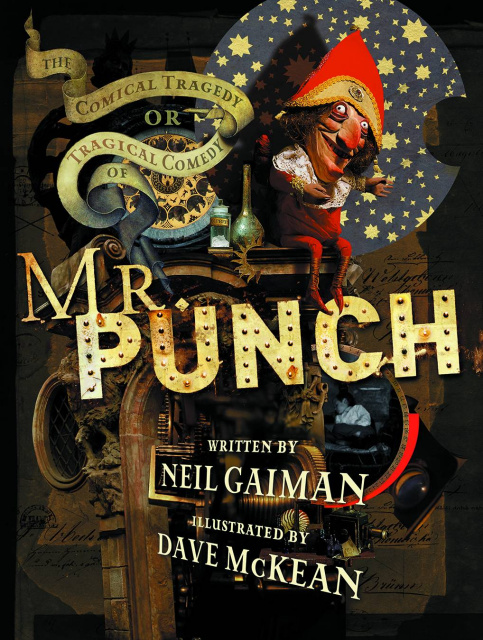 The classic graphic novel by Neil Gaiman and Dave McKean is back in a new hardcover edition with bonus sketch material! MR. PUNCH tells the tale of a young boy's loss of innocence due to a horrific confrontation with his past. Spending a summer at his grandfather's seaside arcade, a troubled adolescent becomes involved with a mysterious Punch and Judy man and a mermaid-portraying woman. But when the violent puppet show triggers buried memories of the boy's past, the lives of all become feverishly intertwined. With disturbing mysteries and half-truths uncontrollably unraveling, the young boy is forced to deal with his family's dark secrets of violence, betrayal, and guilt.