Al Feldstein is best known as the main writer/editor of the EC comics line during the first half of the 1950s-and then the editor of Mad Magazine for the first three decades of its existence. But what many don't know or remember is that Feldstein was also an accomplished and distinctive cartoonist, whose comics (which he both wrote and drew, a relative rarity in those days) adorned the pages of many of those selfsame EC comics. His powerfully composed, meticulously inked pages, often featuring grotesque creatures or scenes of ghastly destruction (and some of the greatest stiffly handsome/beautiful specimens of 1950s humanity ever put to paper), were a vital part of the allure of these classic comics. Feldstein's contributions to the first year and a half of EC's two SF titles, Weird Science and Weird Fantasy-comprising 16 classic O. Henry-style shock-ending stories with such evocative, vintage title as "'Things' From Outer Space." "The Flying Saucer Invasion," "Spawn of Venus," "Destruction of the Earth," and "Am I Man or Machine?"-will be collected in their integrity in this volume, which will also boast a new interview with Feldstein about his years at EC, focusing in particular in his work on these science fiction titles that were the company's pride and joy (and were killed a few years later by the Comics Code). 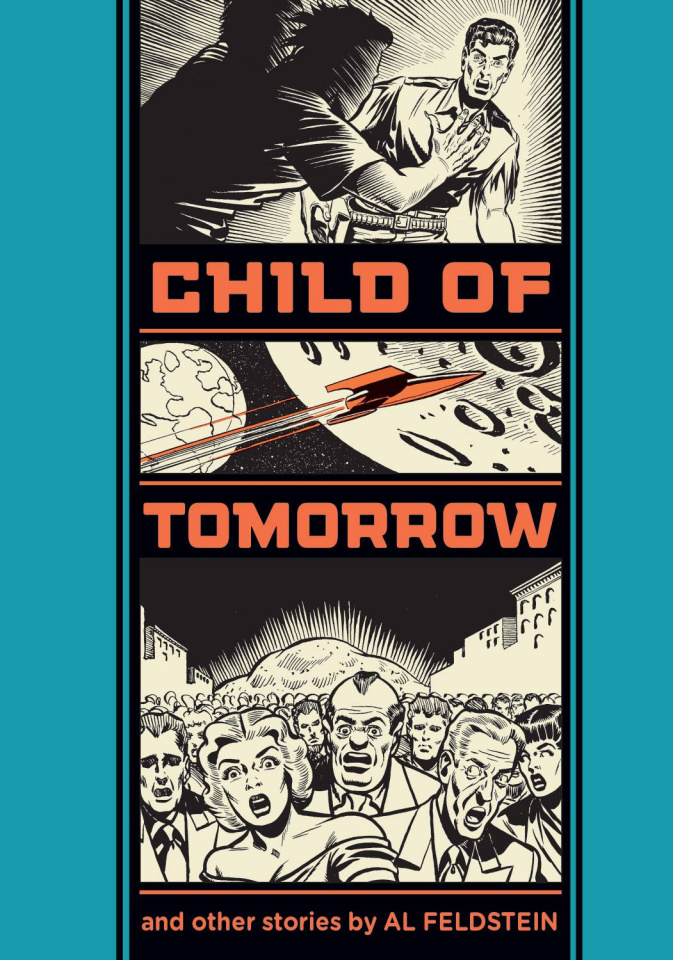