Battlefields Vol. 7: The Green Fields Beyond

On the killing fields of Korea, veteran Sergeant Stiles and his "Tankies" finally have a war machine suited for any opposition. But with the Chinese spring offensive of 1951 underway, our heroes are cut off and outnumbered ten-to-one. Only one chance remains for victory: an armored drive straight down the valley of death towards Chinese lines. Stiles leads the charge - and meets his destiny. It's British steel against the massed Communist hordes, as written by fan-favorite, critically-acclaimed author Garth Ennis! Collects Garth Ennis' BATTLEFIELDS Volume 2 #1-3. 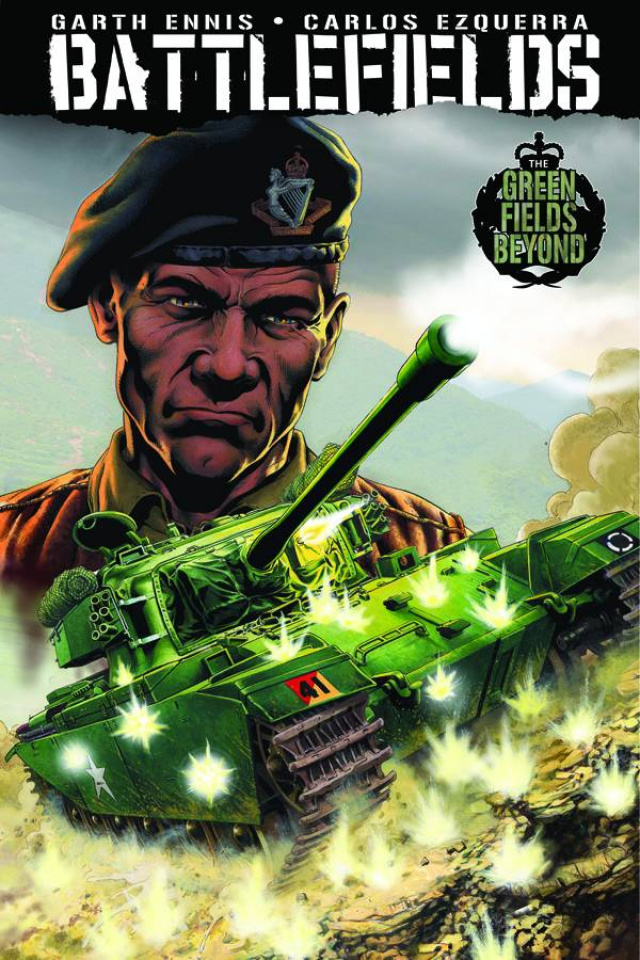