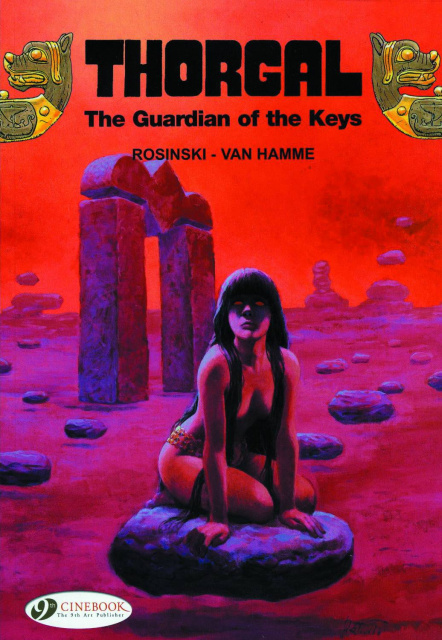 Thorgal Vol. 9: The Guardian of the Keys

Thorgal is back in his old village with his family, but once again his destiny catches up with him when Volsung of Nichor, sent by the snake Nidhogg, steals the belt of the Guardian of the Keys, which grants invulnerability. Nidhogg wants to destroy the Guardian and spread chaos throughout the universe, while Volsung just wants to become king of the world-but they both want Thorgal dead. And Volsung has taken on Thorgal's appearance.