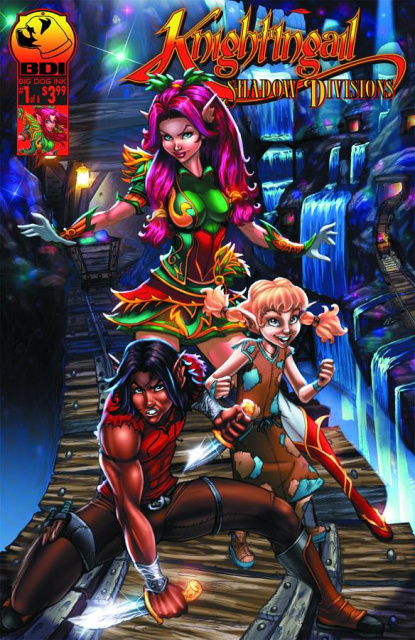 Knightingail: Shadow Divisions picks up the Knightingail saga where the first volume left off. Knightingail assaults the captured city of Suscitatio to rescue Carver families imprisoned in the vast gem mines underneath the city. However, she is not alone in her fight. Each of her mystical powered Centurion tribesmen - Kaeli, Daniel, Maragus, and Purefire - join her along the way. It's a supernatural power fight with surprises never before seen in comics.