KIERON GILLEN's Uber is winning legions of fans with its unique mix of reality based events and staggeringly brutal superhuman violence. The race is on for the allies to obtain their own super powered soldiers. But the insanity brewing under Hitler's leadership has the Third Reich striking back, determined that if they can't win the war, they can at least bring everyone down with them. And his first Uber led strike will lay Paris to waste. Available with Regular or Wraparound cover by Caanan White, Propaganda Poster cover by Michael Dipascale, and a special Blitzkrieg Incentive cover by Caanan White. 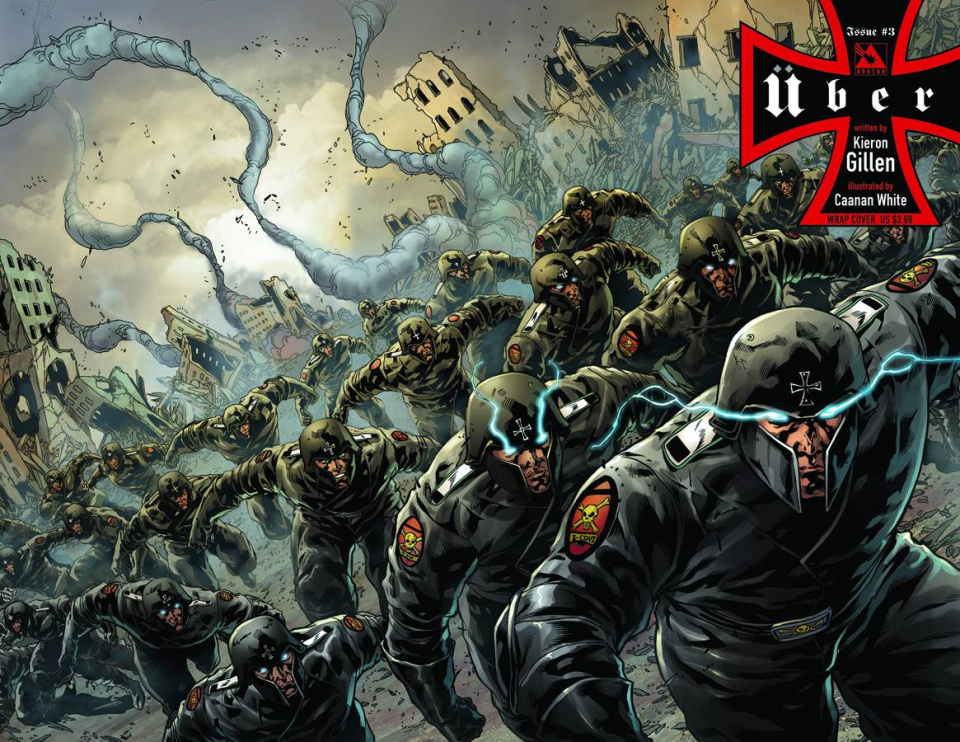