The most epic storyline in Fathom's 15-year history reaches its finale! The future of the Fathom Universe will be forged as Anya's quest to reunite with her kidnapped-and extremely powerful-daughter brings her to a place that Aspen Matthews remembers all too well. Here, in the place where it all started, the battle for the baby's life, as well as their own, will be waged-and no one is certain to survive! Aspen newcomer Ken Marion is joined by an all-star group of past and present FATHOM writers, all coming together for a FATHOM story 15 years in the making! Plus, fan-favorite artist Talent Caldwell returns with a stunning 5 part interconnecting cover that all leads up to an unbelievable new direction in the All New FATHOM Universe! 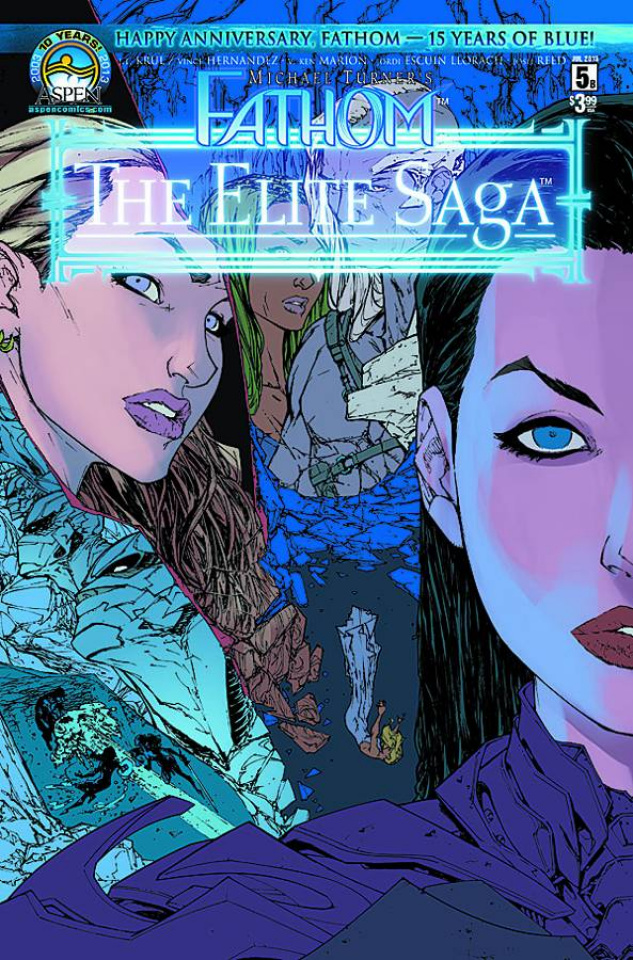