Sonic and Mega Man fight for their lives in "When Worlds Collide": Part Eleven of Twelve! The evil doctors Eggman and Wily have completed their ultimate battle-weapon: the Egg-Wily Machine X-Powered by the Chaos Emeralds, it is the most powerful battle machine ever constructed! As our heroes do battle, Metal Sonic and Bass join the fray! Will the combined might of the Wily/Eggman arsenal be too much for Sonic and Mega Man to handle? Featuring a zone-shattering new cover from Patrick "SPAZ" Spaziante and a special behind-the-scenes "Pencil Ink Color" variant! Concluded in this month's Sonic the Hedgehog #251! 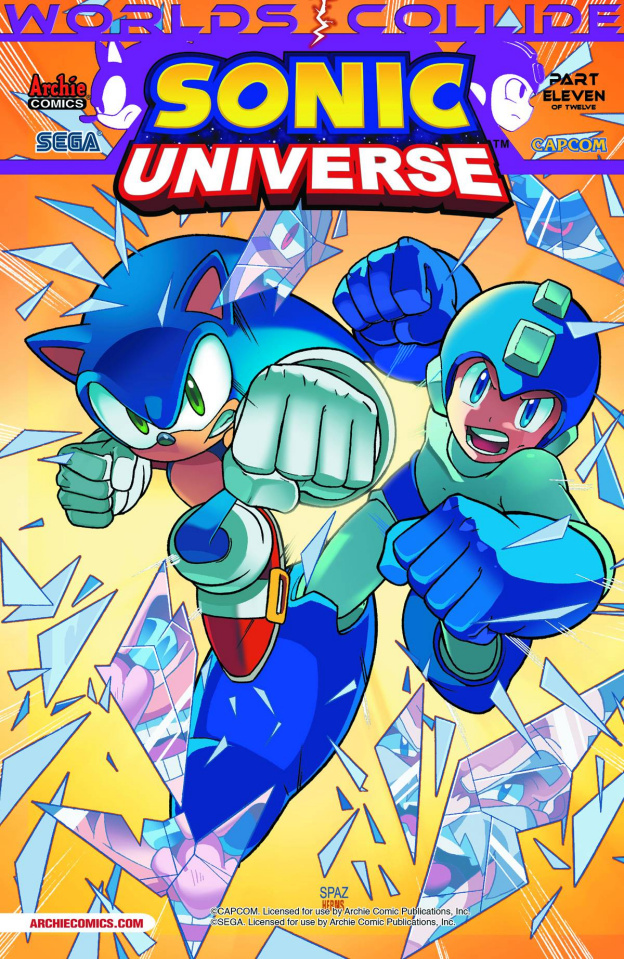