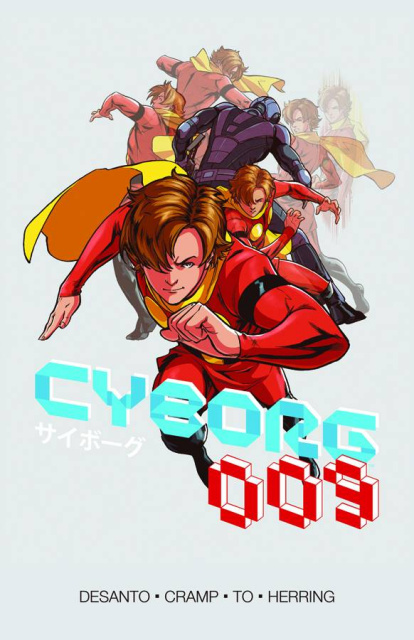 Awakening in a futurist military installation with no memory of who he is or how he got there, a young man known only as Cyborg 009 has been stripped by his captors of not only his freedom but also his humanity. His body augmented by cybernetic technology, Cyborg 009 joins forces with eight other men and women, Cyborgs 001-008, and together, they set off on a journey to learn the truth of why they were turned into weapons of mass destruction, and to prevent a conflict that could very well be the start of World War III. Created by manga legend Shotaro Ishinomori and with hundreds of millions of copies in print worldwide, Cyborg 009 is one of the best-known manga and anime properties ever produced. Now, Archaia Entertainment and Ishimori Productions have partnered to bring this classic story to a whole new audience in a full-length original graphic novel, written by F.J. DeSanto (The Spirit) and Bradley Cramp (Gattaca), and illustrated by Marcus To (Red Robin, Huntress, The New 52) and Eisner Award-nominated colorist Ian Herring (Jim Henson's Tale of Sand).