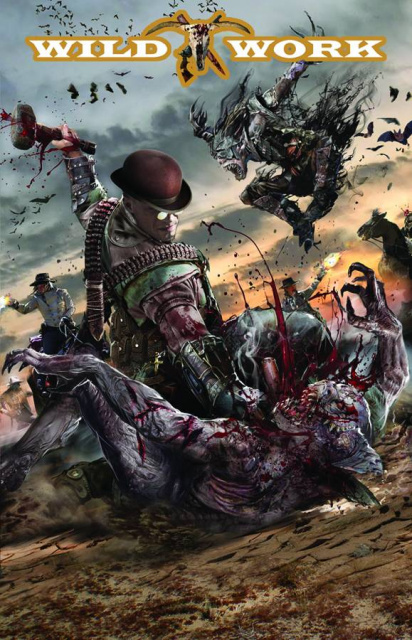 In 1888, Professor Abraham Van Helsing pursues Count Dracula into the American West. Wooden stakes and spurs, silver bullets and six-guns, side by side. Bullets fly, there's Hell on Earth around every hitching post, and enough blood is spilled to turn the western desert into a crimson sea. It's going to be one Hellsing of a ride! This epic vampire action horror western is created and written by film director/screenwriter Eric Red (The Hitcher, Near Dark, Body Parts, 100 Feet) and drawn by the Godfather of American Manga, Ben Dunn (Ninjia High School, Warrior Nun Areala), with covers by John Gallagher (Once Upon a Time, Falling Skies, Eureka, Apollo 18). So saddle up, oil your six-shooter and sharpen your stakes...there's WILD WORK to be done!