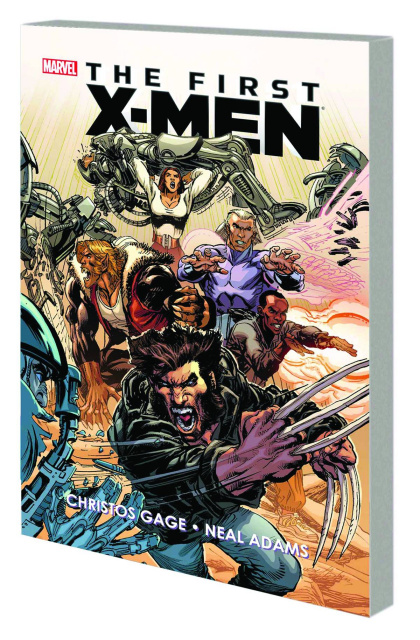 The legend returns! From venerated comics artist Neal Adams (X-MEN, AVENGERS) and fan-favorite writer Christos Gage (AVENGERS ACADEMY) comes the thrilling secret history of Marvel's most dangerous mutants. Long before Charles Xavier built his School for Gifted Youngsters and founded the X-Men, a team of genetic outcasts with unique powers banded together to protect themselves and those like them from a world of fear and hatred. The astonishing tale of a previous generation of mutants is revealed as Wolverine and Sabretooth lead their recruits in a tooth-and-nail battle for survival featuring Magneto, the frightening new X-villain Virus, the origin of the Sentinal program and the truth behind the bloodiest rivalry in X-Men history! Collecting FIRST X-MEN 1-5.