Two scientists, two giant egos. One wears a tank - one is a tank. Tony Stark and Bruce Banner are science bros! And when a fellow big-brain goes missing, the two heroes take bets who can find him first! It's Amazing Race, Avengers-style, as Iron Man and Hulk embark on a global manhunt with the ultimate prize at stake: bragging rights! But what happens when a 20-million-year-old evolutionary catalyst infects the Hulk? The Avengers must find the missing scientist before he and his Order of the Dragon unleash his bacteria on the entire world! Then: The Black Widow's sins have resurfaced! Widow, Spider-Woman and Hawkeye travel to Siberia to search for a missing girl with ties to an old Soviet assassination. But the truth behind the girl's disappearance may be more than the Avengers are prepared to handle! Plus: a major turning point in the life of the android Avenger known as the Vision! Collecting AVENGERS ASSEMBLE #9-13 and ANNUAL #1. 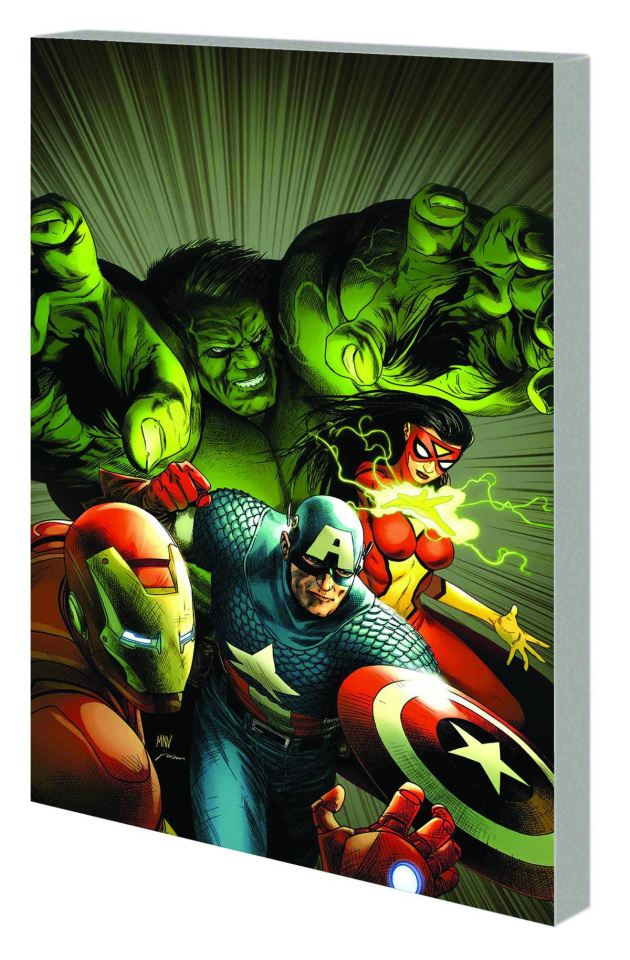