Superstar writer Jonathan Hickman revamps and redefines Marvel's First Family in a sweeping and epic saga across time, space and reality! And it all begins when Mr. Fantastic decides to solve everything! As the team contends with Norman Osborn's Dark Reign, an older Franklin arrives from the future with an ominous warning! And as the Fantastic Four fight the War of the Four Cities, Mr. Fantastic assembles a band of genius youngsters. But when Nathaniel Richards returns, Galactus rises and a new Annihilation Wave threatens to invade from the Negative Zone, tragedy suddenly strikes. Grieving, the surviving members of the Fantastic Four dissolve the team - but from its ashes rises the Future Foundation! Guest-starring Spider-Man, Dr. Doom, Sub-Mariner and the Inhumans! Collecting DARK REIGN: FANTASTIC FOUR #1-5, FANTASTIC FOUR #570-588, FF #1-5 and material from DARK REIGN: THE CABAL #1. 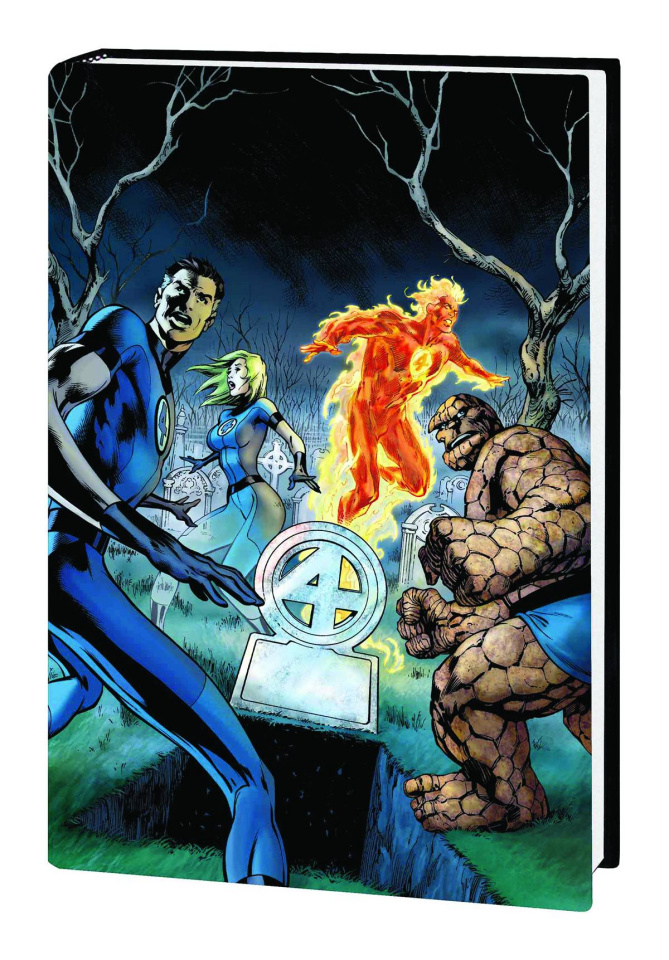