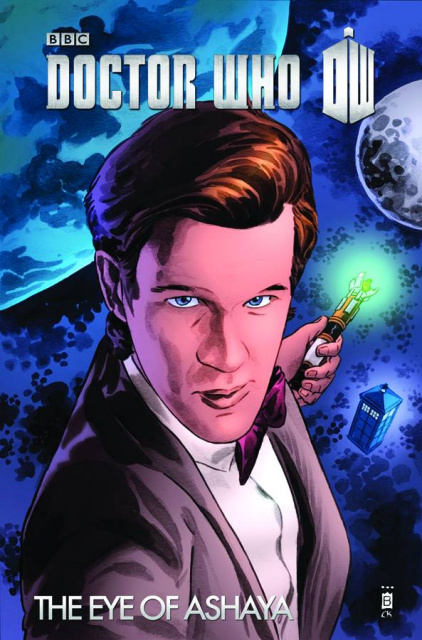 Doctor Who Vol. 2: The Eye of Ashaya

In "The Eye of Ashaya" Andy Diggle and Craig Hamilton bring you a tale of the Doctor, Amy, and Rory on a luxury star-liner for some rest but as the Doctor crosses paths with a thief from his past, any thoughts of peace go right out the porthole. In "Space Oddity," Joshua Hale Fialkov and Horacio Domingues tell the story of a cosmonaut's attempt at the first space walk in 1965, as his crew watches in horror as he's swallowed whole by a shadow. Only the Doctor can save the spacecraft and the historically important mission.