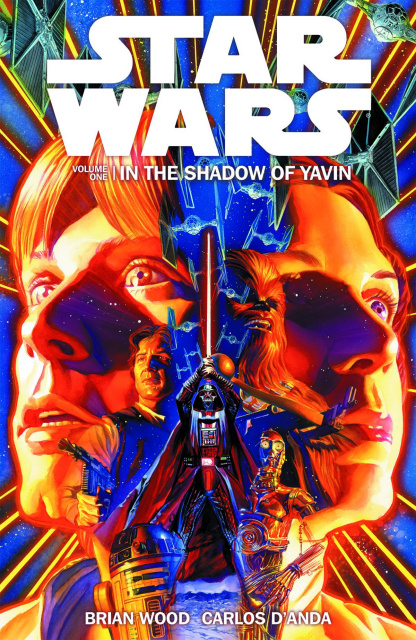 Star Wars Vol. 1: In the Shadow of Yavin

After the destruction of the Death Star, the Rebels are hounded by the Empire. Suspecting a spy in their ranks, Princess Leia forms a secret X-wing squadron-which includes Luke Skywalker-to expose the spy and find a safe home. Meanwhile, Han Solo and Chewbacca are sent on a covert mission! Collects Star Wars #1-#6 and Free Comic Book Day 2013.