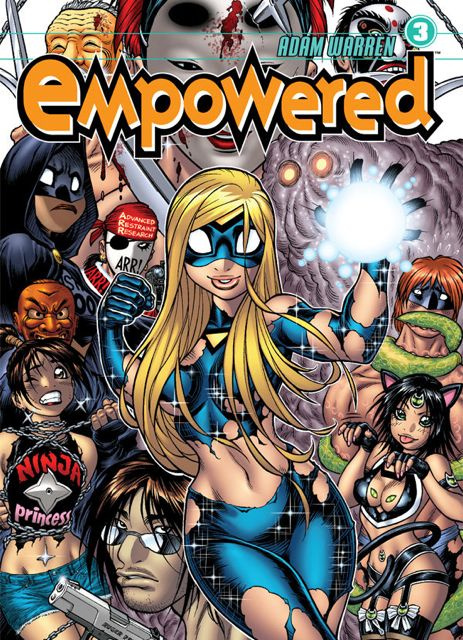 As if life as an often-struggling superheroine weren't already hard enough, now costumed crimefighter "Empowered" discovers that another female superhero is ripping off her distress-prone persona-and cashing in, big-time! Even worse, her relationship with live-in boyfriend (and semi-reformed Witless Minion) Thugboy has run afoul of an extremely literal set of "power issues" ! Worse yet, a singularly bloodthirsty and ruthless ninja clan is gunning-no, make that shurikening-for Emp's best friend and karaoke partner, Ninjette! Can our unlucky but still plucky heroine prevail over all these obstacles as well as the further threats posed by foreign fanfiction outrages, her own supersuit's attempts to manipulate her self-esteem, and the revelation of (gasp!) her real name?