Part man, part...rock? Over seven feet tall and weighing over a thousand pounds, he is known as Concrete but is in reality the mind of one Ronald Lithgow, trapped inside a shell of stone, a body that allows him to walk unaided on the ocean's floor or survive the crush of a thousand tons of rubble in a collapsed mineshaft...but prevents him from feeling the touch of a human hand.

These stories of Concrete are as rich and satisfying as any in comics: funny, heartbreaking, and singularly human. Depths, the first in a series of new collections reprinting the classic early Concrete stories along with never-before-collected short stories, includes the Eisner-nominated "Orange Glow" and "Vagabond," Paul Chadwick's autobiographical account of a cross-country hitchiking trip.

"...probably the best comic being published today by anyone, anywhere." -Harlan Ellison 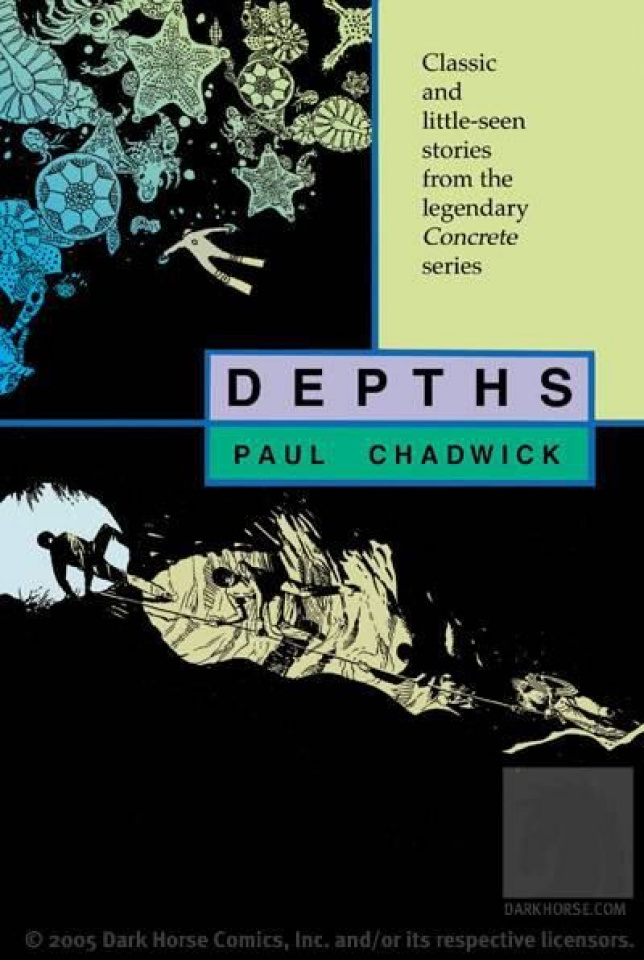