It's the Year of Lenore! 2012 marks the 20th Anniversary of Roman Dirge's twisted creation, Lenore, the cute little dead girl! Lenore wants a sammich. She wants it bad. The rumble in her tummy has its own rumble within a rumble, Inception style. The problem is the angry, cold-loving, slimy thing in her fridge won't let anyone in. After giving up all hope, Lenore calls in an Exterminator to deal with the fridge squatter. Following an unfortunate terminal incident, Ragamuffin covers the Exterminator's corpse with Lenore's favourite blanket, 'Woobie'. But when the corpse and blanket goes missing, the gang must set out to recover Woobie, cover up a suspicious death, and get a *&#@% sandwich made! 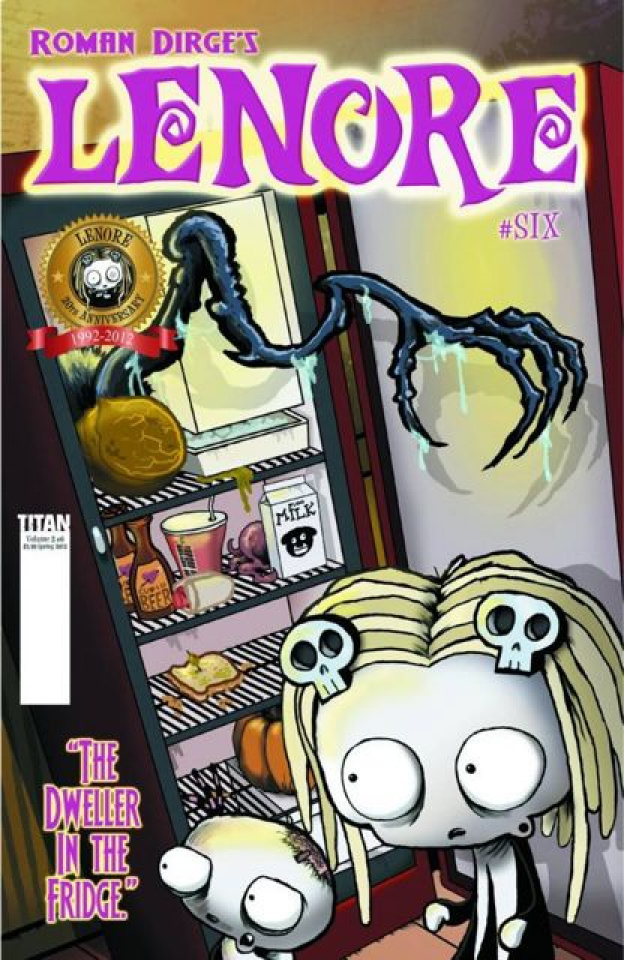