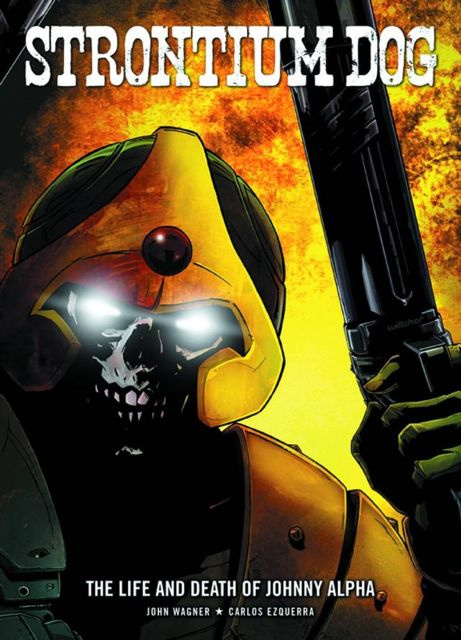 Strontium Dog: The Life and Death of Johnny Alpha

Many survivors of the devastating Atomic Wars were mutated by Strontium-90 fallout. These mutants became an underclass, hated by the ruling 'norms,' the only job left for them was bounty-hunting. The best of the Search/Destroy agents, also known as Strontium Dogs, was a man called Johnny Alpha. He became famous for fighting for mutant rights and died defending his kind from ultimate destruction. But it seems that even death can't keep a good dog down!