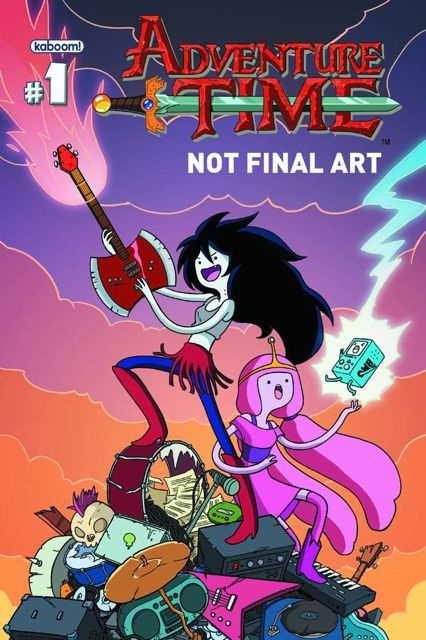 Thanks to a newfound interest in music, Princess Bubblegum joins Marceline's paranormal rock band for a tour across the land of Ooo! But when they're threatened by everything from scenesters to beasts born of self-doubt, can they make it to the RADDEST GIG EVER in time?! Written and drawn by acclaimed cartoonist Meredith Gran (OCTOPUS PIE) and featuring a back-up story from Jen Wang (KOKO BE GOOD), with variant covers by rockstar lady cartoonists Chynna Clugston (BLUE MONDAY), Ming Doyle (POPGUN), and Colleen Coover (X-MEN: FIRST CLASS)! ADVENTURE TIME #1 and #2 were INSTANT SELL OUTS! DON'T MISS OUT ON THE NEXT INSTALLMENT OF THIS ALL-AGES PHENOMENON!