The biggest superhero screen writer in the World comes to comics for the first time! Zak Penn (writer of the Avengers movie, X-Men II & III movies, and the Alphas TV show) and Scott Murphy (lead writer of Star Wars The Clone Wars) spin a tale about the ultimate celebrity, an indestructible superhero called Zenith, and the rabid fans that worship him. Legions of adoring fans follow every disaster trying to speculate where they can catch a glimpse of their modern messiah. What happens when an unhealthy obsession leads to one fan getting super powers of his own? Available with a Regular, Wraparound, and a special White Knight Incentive cover by Michael Dipascale. 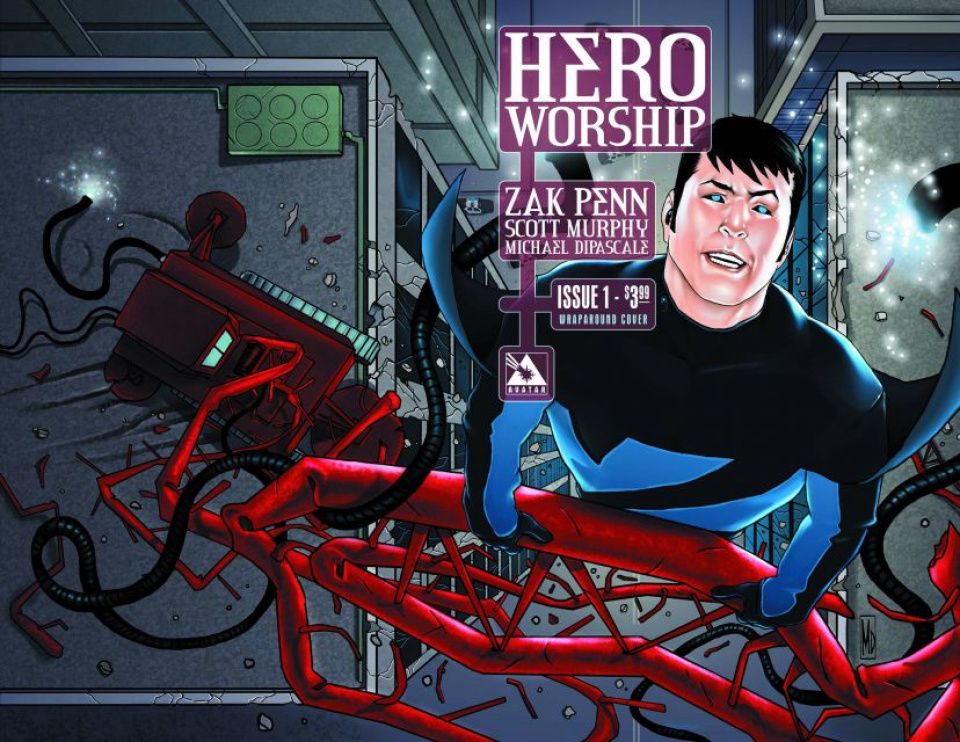