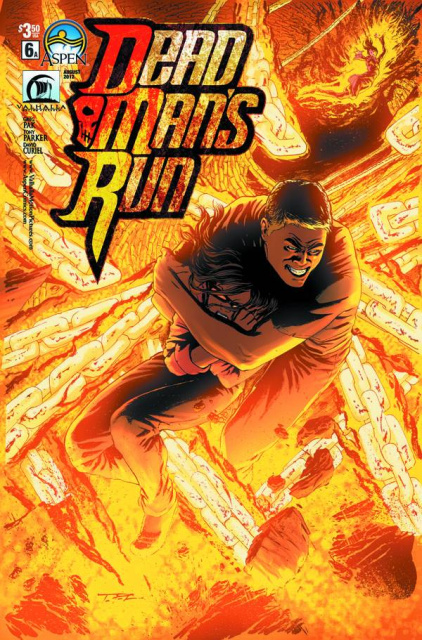 The finale to the critically revered journey through hell ushers Sam Tinker and his allies straight into the heart of darkness! As the Warden finally makes her true intentions known to the shocked group, they must decide whether they can trust their fate to her actions-as it might be their only option to remain alive. However, their present comes brutally crashing down on them in the City of Corruption, as the Captain also makes his purpose devastatingly clear to the group, at the cost of several of their lives! Don't miss the mind-blowing conclusion to this year's most depraved action adventure series!