Aspen's first ever Soulfire summer event, 'Search for the Light' reaches its next exciting chapter, SOULFIRE: DESPAIR! 'The Search for the Light' continues as Faye, the Queen of Anantia and the magical realm of the Everlands, attempts to forge a new legacy for the absent crown left by the slain King Arlin. Staging a fierce competition between the kingdom's greatest warriors, she is reluctantly obliged to allow the contest's winner to take up the mantle of the lost King. But the choice between warriors, including Sarlin, the estranged and self-righteous son of Arlin, as well as a significant, mysterious person from her past, will force the kingdom's future into a fate they may never be able to escape! Don't miss out on the thrilling 'Search for the Light' crossover event that will change the face of the SOULFIRE Universe forever! 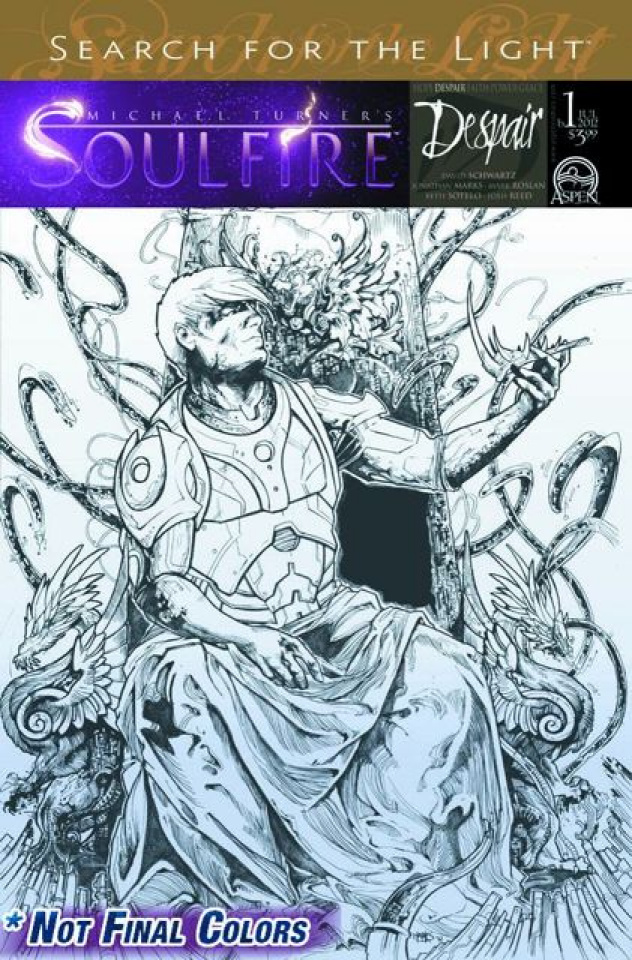