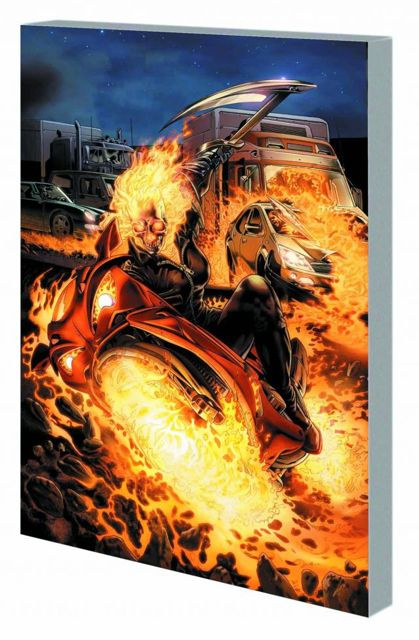 Witness the violent birth of the new Ghost Rider - come to cleanse the earth with blood, oil and vengeance! When Johnny Blaze finally rids himself of the Spirit of Vengeance, the curse passes to new host Alejandra - and Blaze has no idea what nightmares his action has wrought upon the world. As Alejandra burns her way across the nation, Blaze and the Avenger Hawkeye decide to track her down - while the new Ghost Rider struggles to control the power of the Spirit of Vengeance and declares war on Hell itself to save the souls of those she has damned! Can Blaze and Alejandra triumph over the Ghost Rider's curse, or will the planet be consumed in a cleansing firestorm? Collecting GHOST RIDER (2011) #0.1 and #1-9.