It's a new era for the FF in every way imaginable! Black Bolt has returned from seeming death; Dr. Doom, the Wizard, the Mad Thinker and Diablo have joined the Future Foundation; and four alternate-reality Reed Richards are scheming to ignite war among the fabled Four Cities. But all that could be moot because the Kree Supreme Intelligence has designs on Earth's destruction - the resolution of a power play 300,000 years in the making. And if all this weren't enough, Attilan, realm of the Inhumans, has appeared above the planet - a harbinger not only of its ruler's return, but also of an epic conflagration with the High Evolutionary! Collecting FF #6-11. 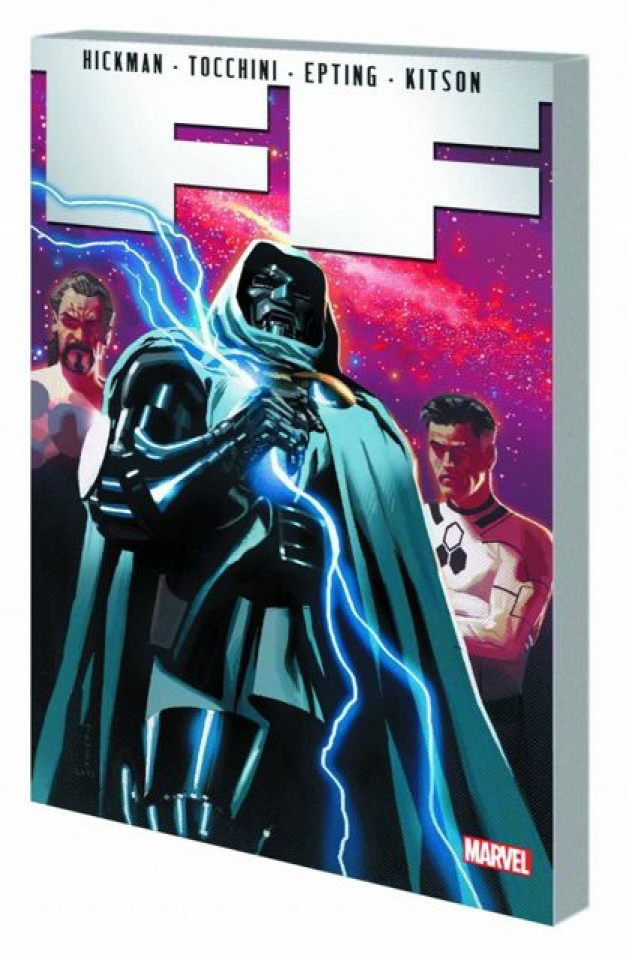