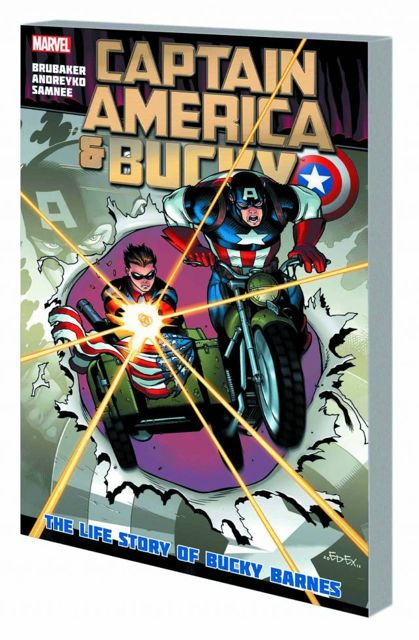 Orphan. Troublemaker. Mascot. James 'Bucky' Barnes spent his youth trying to find a place where he could belong - and he finally found it in a world ripped apart by war. The scrappy mascot of Fort Lehigh, Bucky could never have known the future that was just around the corner for him. Destined to become Captain America's sidekick and staunch ally, Bucky combined the fighting techniques that made him a notorious schoolyard brawler with intensive black-ops training to become one of America's greatest heroes of World War II. But behind the propaganda and tales of wartime feats lies the truth: Some heroes are born great; others are made great. But a select few must go through hell before they discover what kind of hero they truly are. Collecting CAPTAIN AMERICA AND BUCKY #620-624.